The Jewish Quarter of Veria

The Jewish neighborhood of Veria, or Mparmpouta, is located next to river Tripotamos at the western side of the town. It is said that the Jewish people inhabited this area since the days that Saint Paul preached in Veria. This section of the town was built in a defensive urban design and this is why it is isolated.

The hard tilt of the ground at the riverside insures a natural fortification for the neighborhood and as for the other sides of the region, they secure this feeling of isolation by the way the residences were built. The houses of the neighborhood are next to each other, forming a close triangle with only two openings, the one is the arcade under the houses in Merarchia road, which ends up at the Jewish Synagogue and and the other one stands to the diametrical opposite side of the first one, from the side of the river.

Fifty old houses of Macedonian architecture are preserved until today and some of them have still the Jewish inscriptions. The houses and the Synagogue were renovated in 1977 by the municipality of Veria and Jewish organizations.

The Jewish graveyard is located at the western side of Tripotamos, 500m across Mparmpouta. The Jewish Synagogue, that stands at the northwest side of the district, next to the bank of the river Tripotamos, was renovated in 1850 by a sultanic ukase and the building itself involves architectural particulars by prior synagogues in Thessaloniki.

The podium (Teva) is in the middle of the room, surrounded by four columns, the chancel (Echal) is at the eastern wall of the synagogue. The floor is made by wooden planks and in the middle there are mosaic decorative tiles. The religious thermae (mikve) is saved until today, at the back of the building. 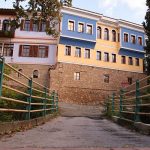 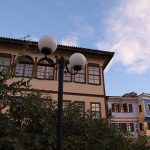 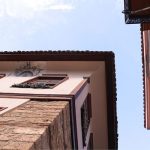 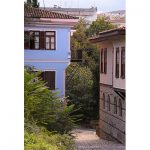 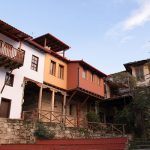 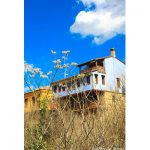 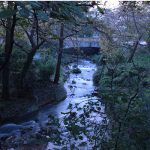 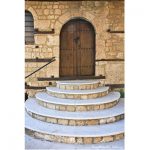 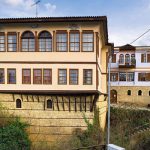 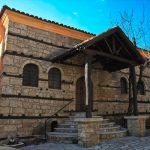 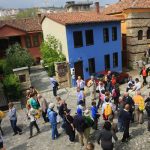 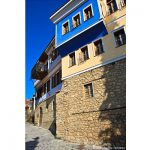 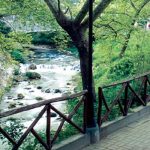 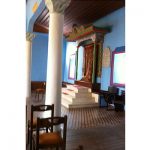 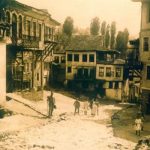 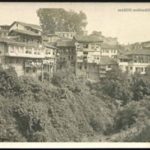